Before Anything Else, Preparation is the Key to Success-Alexander Graham Bell

Before Anything Else, Preparation is the Key to Success-Alexander Graham Bell 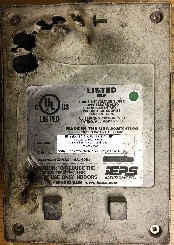 We once had a customer who operated a well-known entertainment venue in Chicago. He tended to be a very frugal businessman and tried to reduce costs wherever he could. After much discussion and explanation, we convinced him that going cheap with a Point-of-Sale System would not be the way to go for his business. Once he understood, we agreed and was our customer for many years until he sold his business.

One day, we received an extremely panicked call from him stating his business had experienced a major electrical issue. We listened to the problems he was encountering and remotely restarted his system (resisters, printers, and servers) except for one Point-of-Sale resister. The main one, of course, used all day by staff.

It appeared that, stunningly, a new busboy had tripped while carrying a tray of ice and somehow managed to spill most of the melted ice directly into the electrical socket. This blew up the power surge protector and caused all the breakers to trip throughout the building. Everything was off and dark. This was right before opening.

Technical support staff quickly dealt with the dead unit and got the station running again. The surge protection saved everything!

This surge protector that we at Integrated have dubbed ‘old Stinky’ saved this man’s $22,000 system by as a result of spending $85 on a quality surge protector. This is the story we tell customers in the business world because spending some extra money to properly configure and protect your Point-of-Sale System is worth the investment.

One (short) moment of silence for the heroic efforts of “Old Stinky” who rests in a place of honor in our office. 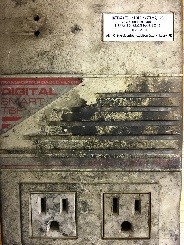